Almost 400 years ago, a Wampanoag by the name of Squanto set the stage for the development of the U.S. when he taught pilgrims (in what is now Massachusetts) a few of their traditional farming practices. The celebration of the pilgrims’ first harvest in collaboration with the Wampanoag tribe is what we now call Thanksgiving. Our country’s history could have been significantly different if not for the introduction of the following Native American farming practices.

It is thought that if not for Squanto, the pilgrims would have tried planting crops they were familiar with, such as rye, barley, wheat, and other English garden vegetables. This would have ended very poorly, as these crops would have failed in Massachusetts’ sandy, nutrient-poor soil. The Wampanoags taught the pilgrims to grow crops that were not only more suited to the environment, but that worked together to create more fertile soil. These crops, the “Three Sisters,” were corn, squash and beans.

While corn, squash and beans were definitely more suited to the Massachusetts soil than wheat, barley and rye, growing them alone wasn’t enough to result in a prosperous harvest. Squanto taught the pilgrims of a practice called companion gardening, or the Three Sisters Garden, where corn, squash and beans were planted together in order to create fertile soil. Beans (nitrogen fixers) pulled nitrogen from the air since there wasn’t much in the soil. With the support of corn, the beans were able to turn nitrogen into plant food, while squash helped the soil retain water and prevent weeds. The farming of these three plants together overcame some of the difficulty of farming in Massachusetts’ nutrient-poor soil.

In order to further boost the soil, the Wampanoags would bury fish below their crops for added nutrients and amino acids, and would spread a layer of wood ash over the surface. The wood ash is thought to have contributed significantly to nutrients in the soil, and the fish acted as a natural fertilizer.

Without these three Wampanoag practices and the charity of Squanto, the Pilgrims would not have survived their first year in the New World. While this could have obviously resulted in a vastly different history, this is important because Wampanoag practices such as companion gardening are still commonly used today! 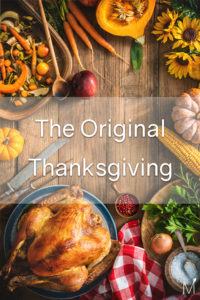