Posted at 16:00h in Citrus, Trees by Jacquelyn 0 Comments

Huanglongbing (HLB), commonly known as citrus greening disease, is a disease spread by the Asian citrus psyllid. After this sap sucking bug has fed on the stems and leaves of infected trees, it carries the bacteria that causes the disease to the next tree it feeds on. The disease eventually kills the tree, but before that HLB causes the fruit of infected trees to be green, bitter and deformed, making it undesirable to consumers and no longer valuable to the citrus grower. 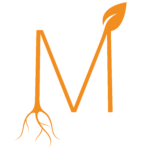 HLB Detected Across the Globe

In southern China, HLB was first detected in 1919 and is believed to have originated there. And while Asian citrus psyllid has been in Florida since at least 1998, the disease wasn’t detected until 2005. The top orange producing country of Brazil has been fighting HLB since 2004, but this disease is a world wide problem. 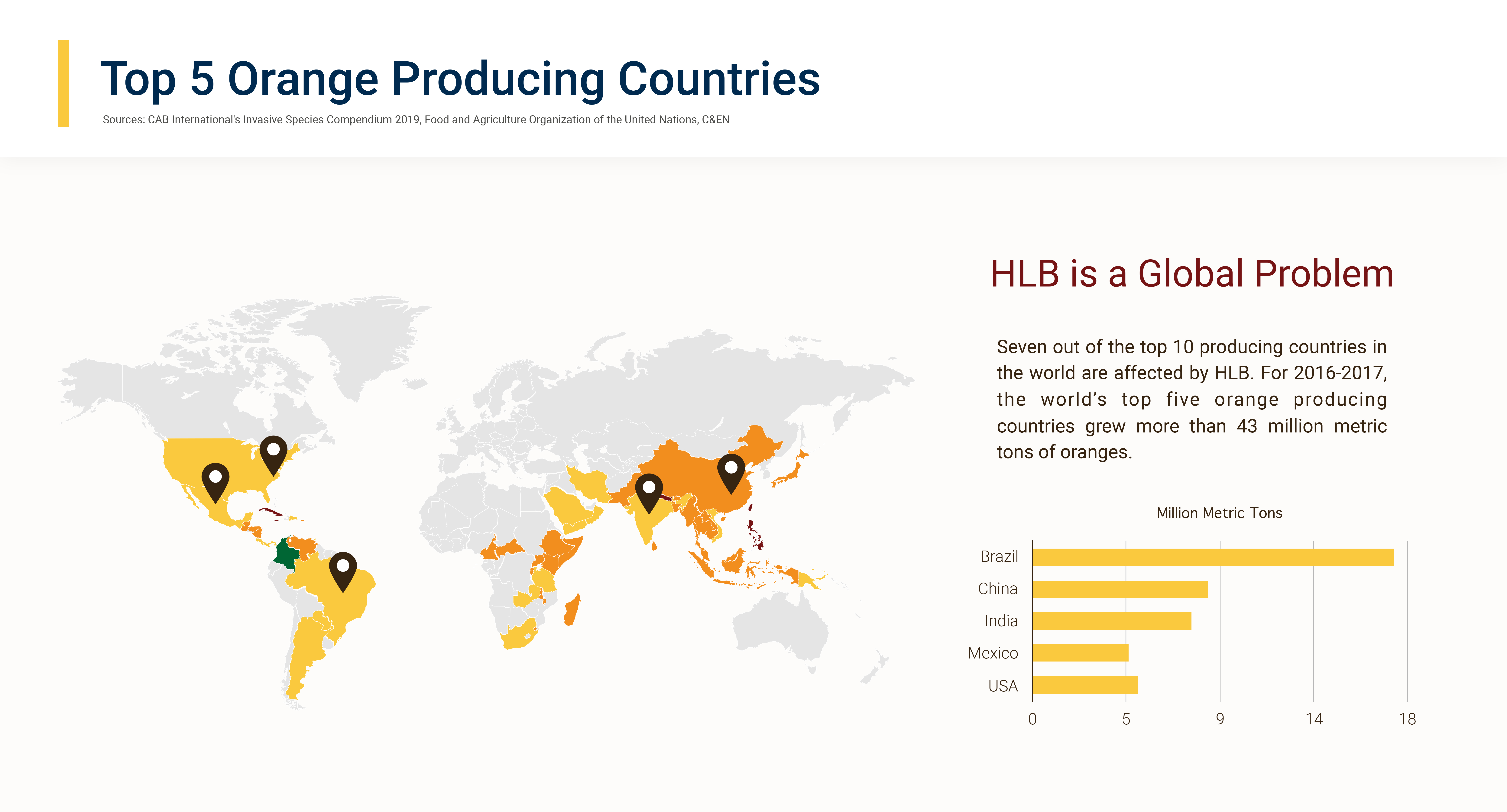 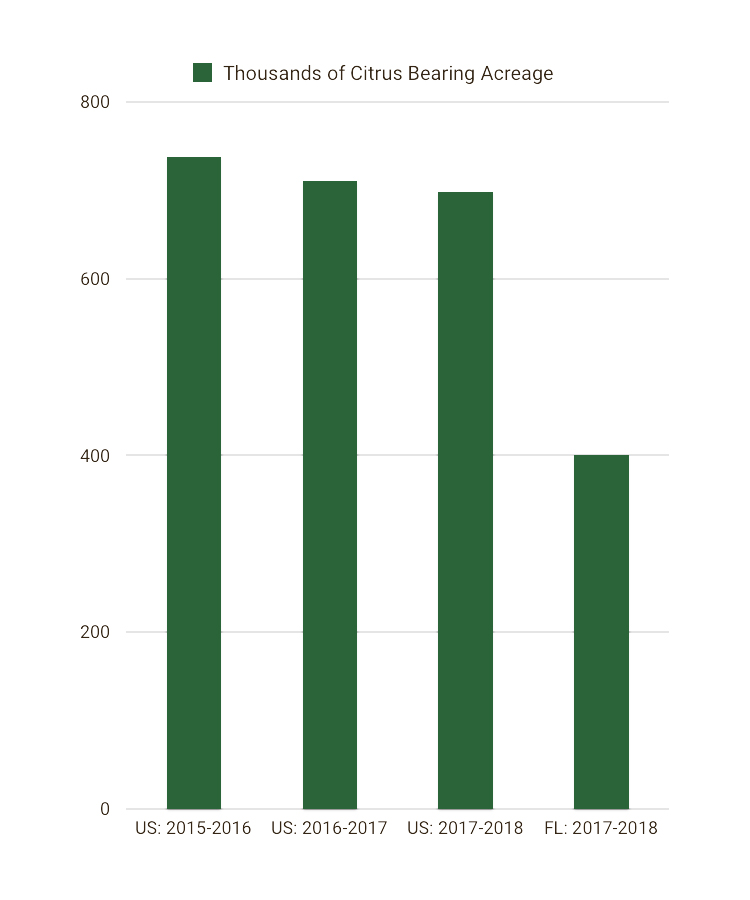 The US: Inside the Numbers

In a country wide poll, a recent study found the the number one reason consumers choose not to use grocery delivery or pickup services is due to fear of receiving poor produce (30 percent of study participants).

As of the 2017-2018 season, the United States has 697,900 bearing acres of citrus, with 400,900 being in Florida. At one point, Florida produced more than 70 percent of the citrus supply for the United States and is the world’s second top producer of orange juice, just behind Brazil. 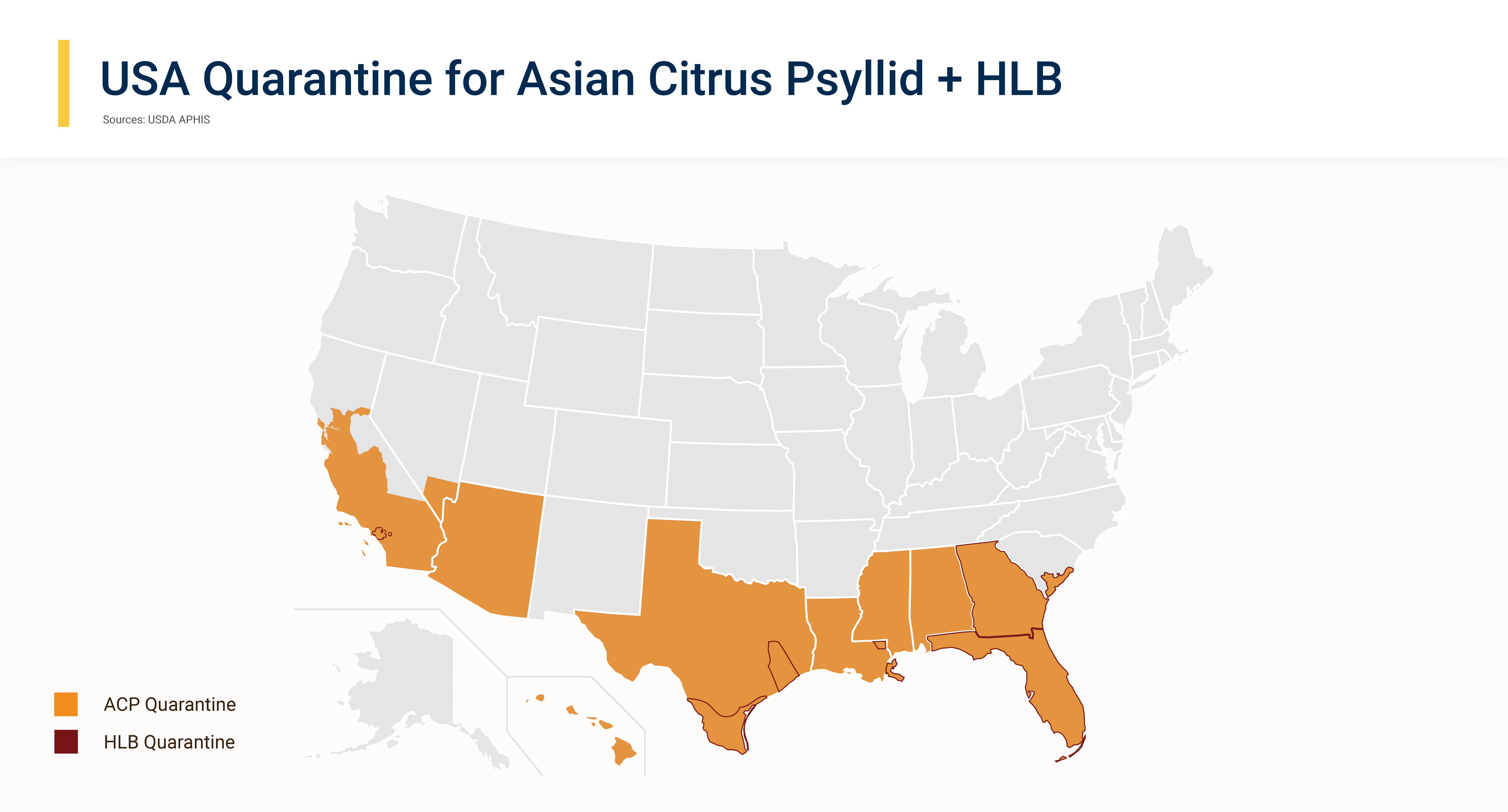 The Economic Impact in Florida

As of 2016, HLB has caused more than US$4 billion and 30,000 jobs to be lost in Florida’s economy. Today it is still a US$9 billion industry, employing nearly 76,000 people. There are an estimated 74 million citrus trees across Florida, 90 percent of those are estimated to be infected with HLB. 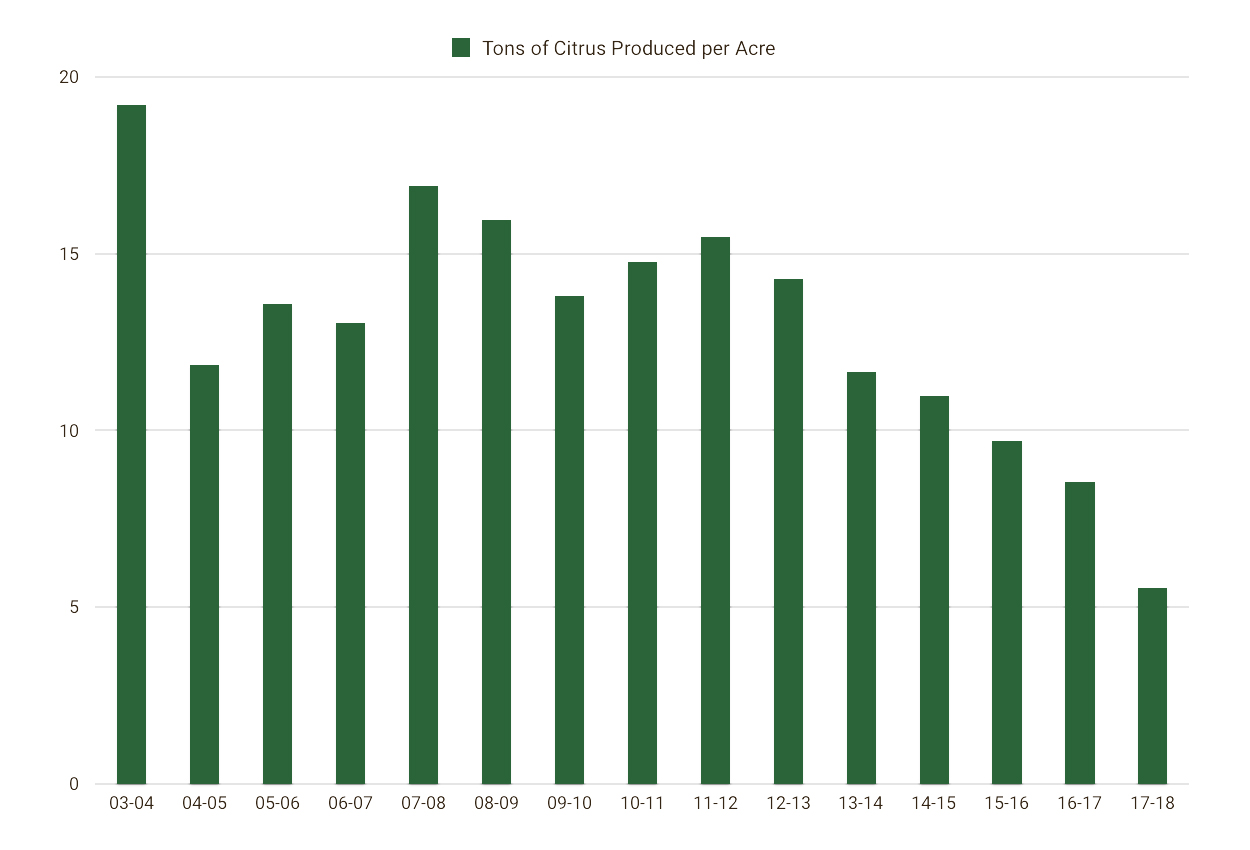 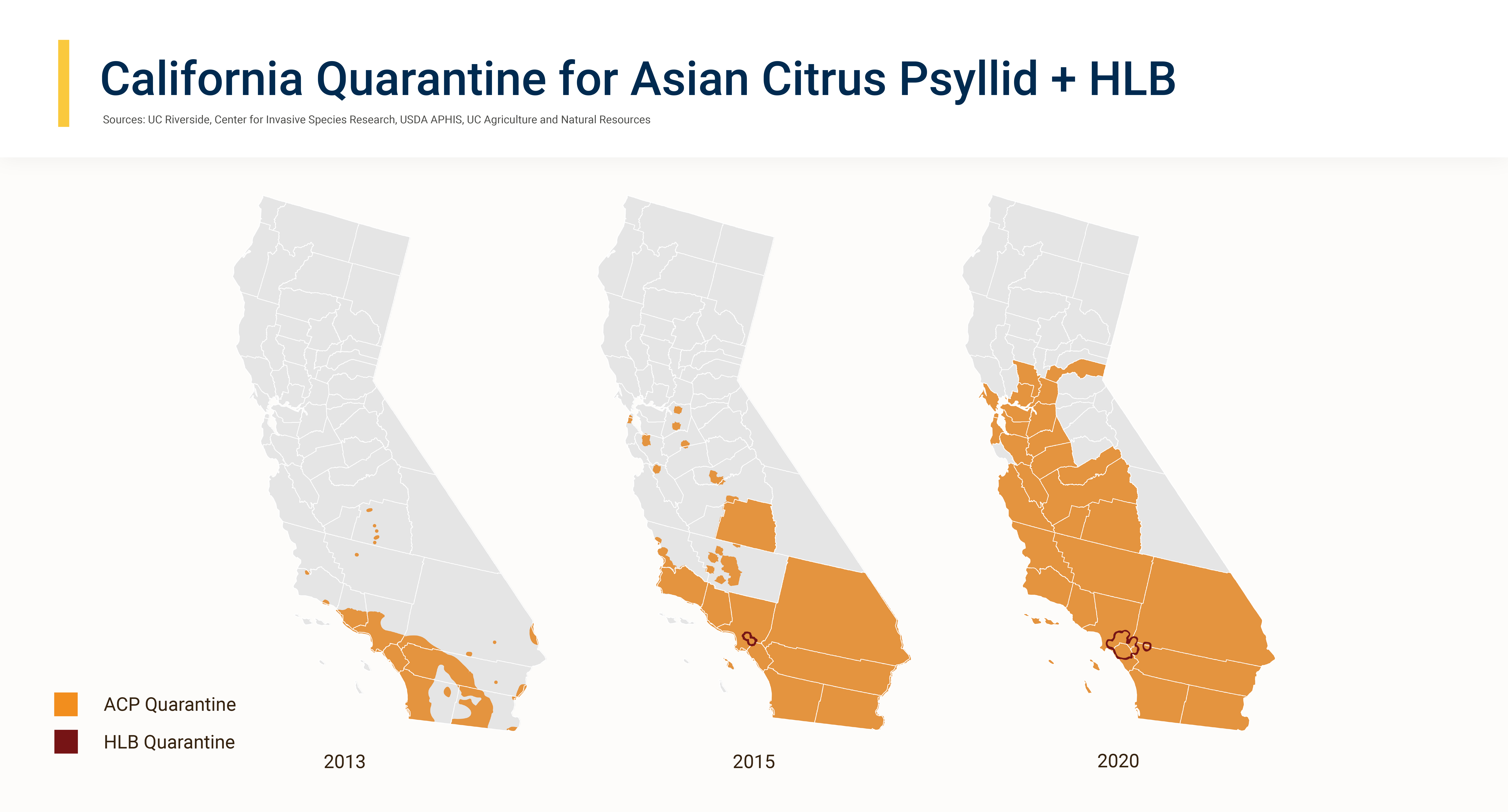 For the 2017-2018 season, California was the top utilized citrus producer in the U.S., accounting for 59 percent of the market. For the same season, the number of bearing acres totaled 265,300. While California’s utilized production may have topped Florida’s, their production was actually down 7 percent from the previous season. Today, California’s citrus industry is valued around US$7 billion.

While California’s citrus trees are still widely untouched by HLB, it is important to bring a solution to market to stop further decline. Learn more about how MitoGrow is working to stop the spread of HLB by clicking here.

For further information on the topics discussed above, check out our main sources for this post: